Inked Voices is a service for writers who want to exchange critiques in a small group setting online. 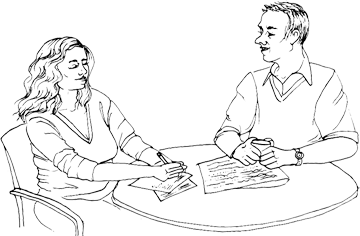 Inked Voices helps writers find a critique group, typically with 4-8 other writers in their genre or who share a common interest. Writers can also bring a pre-existing group to the site. Unlike other sites, all groups are private and invitation-based.

Inked Voices provides tools for critique groups to run simply, effectively and collaboratively online. Group pages for critique and discussion and a shared critique interface give the group places to come together to exchange feedback and ideas. Notifications about due dates and submissions keep group members on track.

Our goal is to help writers find a long-term, consistent critique group for support, motivation and feedback on their writing journey.

The company was founded in Fall 2013 and released its first version to beta writers in March 2014. Inked Voices launched from beta at the end of June 2014. We are based in Brooklyn, New York.